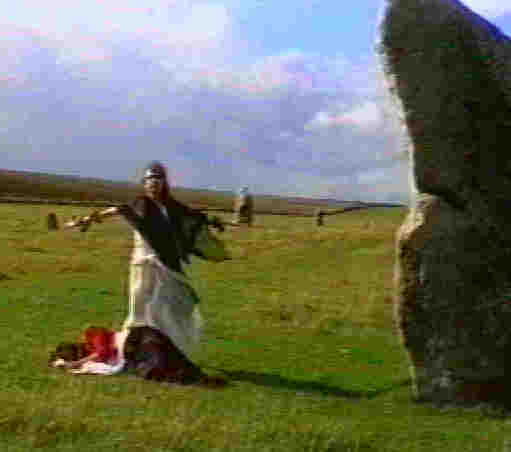 A year in the making, NNP created new collaborations with digital artists, computer scientists, and leading edge software developers to getVD 2001 up and running.

In 1994, San Jose Metro acquired a BBS system they eventually renamed Virtual Valley (vval.com), and soon invited local non-profits to participate. The site had serious limitations - content had to be physically carried down to the Metro offices and uploaded to the server by a Virtual Valley staffer, files were limited to 100k, total space per non-profit was 1 megabyte. NNP created its first web presence on this system, but difficulties with updating content and space limitations prohibited any serious creative uses.

By the end of 1995, a decision was made to develop a standalone web site to explore the creation of an online venue. We began to research providers, performance, and costs. Experiments with AOL and Netcom convinced us that we needed a full service hosting provider, and on:
March 15, 1996 - Obtained URL and setup hosting account at BEST with 25 megabytes available.
March 16, 1996 - About the company uploaded, duplicating/updating the older vval.com content.
April 16, 1996 - Prototype VD2001 content online - testing begins. Use of quicktime movies immediately reveals limitations of even 25 megs of server space. Decision made to convert content to episodes and restrict movie availibility to only the current episode. Two episodes were to be available at any one time, the previous and current.
The site was publicized at the Internet World exhibition at the San Jose Convention Center in May of 1996. Yahoo and Lycos listings soon followed.